5 PLANTS THAT CAN WITHSTAND THE CHICAGO SUMMER HEAT 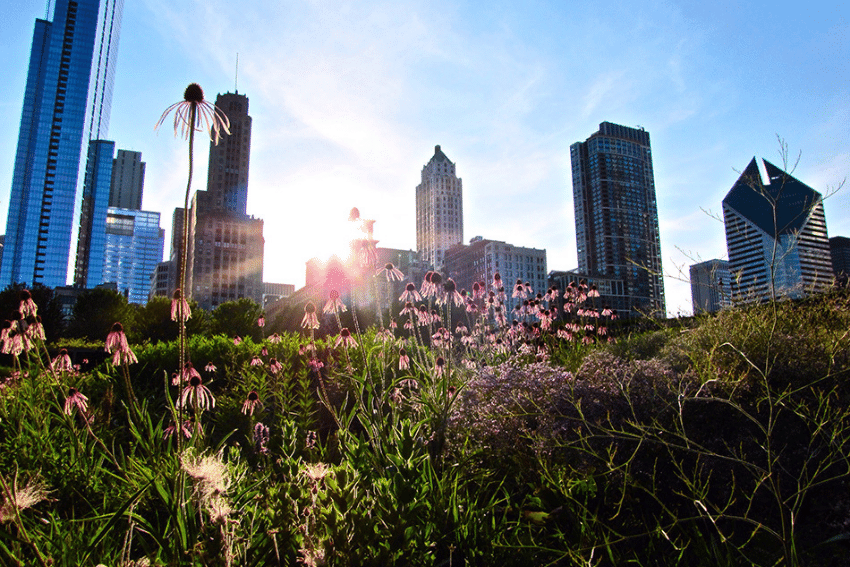 Chicago is a part of the country that is known for its freezing winters and sweltering summers, meaning that just the right plants will be needed if you want your garden to look good during the summer months. Take a look at the following plants that will be able to keep your garden looking awesome – even on the hottest days.

This plant produces bright, fade-resistant purple flowers from the beginning of summer right into fall without any need for deadheading. Not only do these flowers put on a spectacular show; the plant itself remains compact and tidy as well. It’s also known for tolerating poor soil, humidity, heat and even drought once fully established. Occasional watering is required, but can be watered more frequently if extreme heat is experienced.

Most commonly used as a hassle-free border plant, the Goldsturm Black Eyed Susan also makes a wonderful choice for when cut flowers are required. When blooming, they make a beautiful display of golden yellow flowers with black centers that look fairly similar to daisies. This plant is well known for tolerating humidity and heat and once established, usually only requires occasional watering.

The Lacey Blue Russian Sage is not only known for being extremely tolerant to heat and drought; it produces beautiful lavender-blue flowers that are aromatic and deer-resistant. When established, this plant provides a lot of color in a garden, it’s easy to care for and is commonly used as an accent or garden border. This plant requires occasional watering once established, but can be watered more frequently if temperatures become abnormally hot.

If you’re looking for something bright to add color to your summer garden in Chicago, this plant will be a big help. It provides color all summer long and it’s extremely hardy, resistant to disease and tolerates wet soil extremely well too. This plant is a common choice for garden borders, beds and containers, and it will attract several butterflies and hummingbirds to your yard. After it’s established, occasional watering is needed – which can be increased during severe heat.

This is a full-bodied plant that will flower abundantly until the first frost arrives, producing long-lasting blooms in a silvery white color. It’s known for thriving in containers as well as when it is used as a cut flower. The Geyser White Gaura tolerates summer heat and humidity exceptionally well, and will only require occasional watering after it has been fully established in a garden.

The above-mentioned plants will not only provide a beautiful show of color for your summer garden; most of them will require little care and overall maintenance once they’ve established themselves. If you would like to find out more about the types of plants that will thrive in your Chicago garden during the hot summers, get in touch with our team today.